How to Change a Twitter Handle – Moving To @HireGun

Home / Blog / How to Change a Twitter Handle – Moving To @HireGun 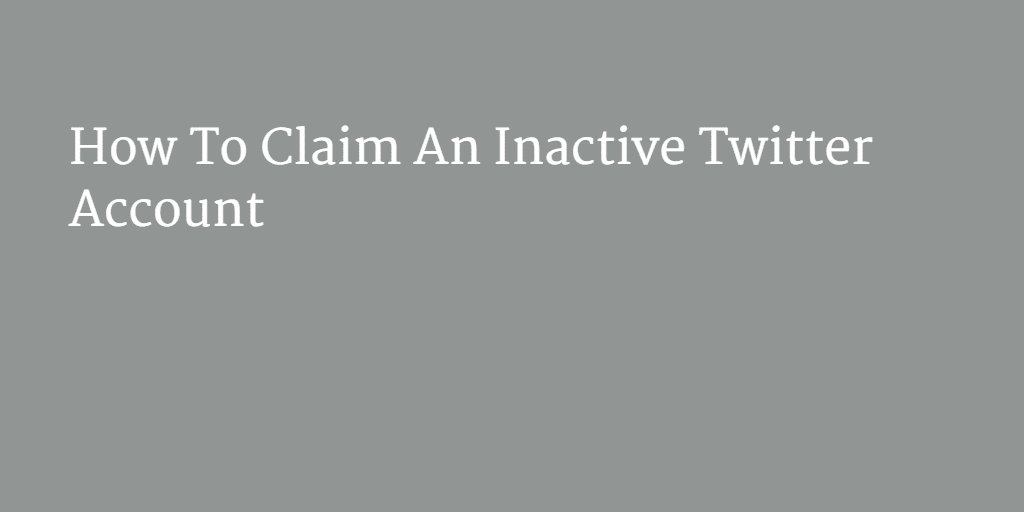 Recently I (John) published a post over on my personal site titled “Does a startup really need its .com?” Obviously we don’t think so (judging from our domain name), but think that what is more important is consistency in branding.

While writing that post and looking at all of our profiles, I realized that we had “HireGun” for all of our social media profiles except Twitter, where we used @hiregunco because @hiregun was taken, though dormant. In the interest of shipping and establishing a Twitter presence, we went with that and started building a social presence (still small at this time, but more than Twitter’s median of 1).

I realized that by having just @hiregunco though, when Facebook/Google+ and our domain were HireGun, I was being inconsistent with my own advice. As of overnight while I slept, our Twitter handle switched over from @hiregunco to @hiregun. Here’s how I did it.

I’ll admit, I didn’t do a lot of research into why @hiregun was taken when launching the service. When I looked at it, I saw that it was a “personal” dormant account used to post make money online tweets, but only two of them and not since 2013. An opportunity!

It would have been significantly harder to get the handle had the account not been dormant.

Wait For (and get) a Response

I submitted the form on August 16th, and Twitter responded on the 25th. The first email was simply an acknowledgment of receipt: 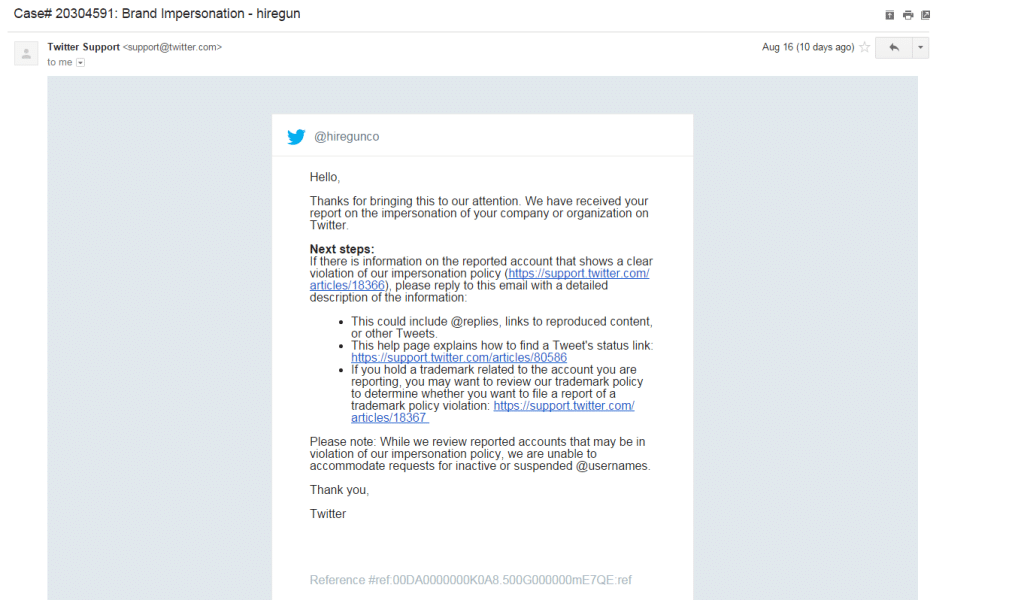 The second was to alert me that while they couldn’t give it to me for impersonation (again, not sure why), it was dormant so they could release it to me. I asked them to make @hiregunco into @hiregun. 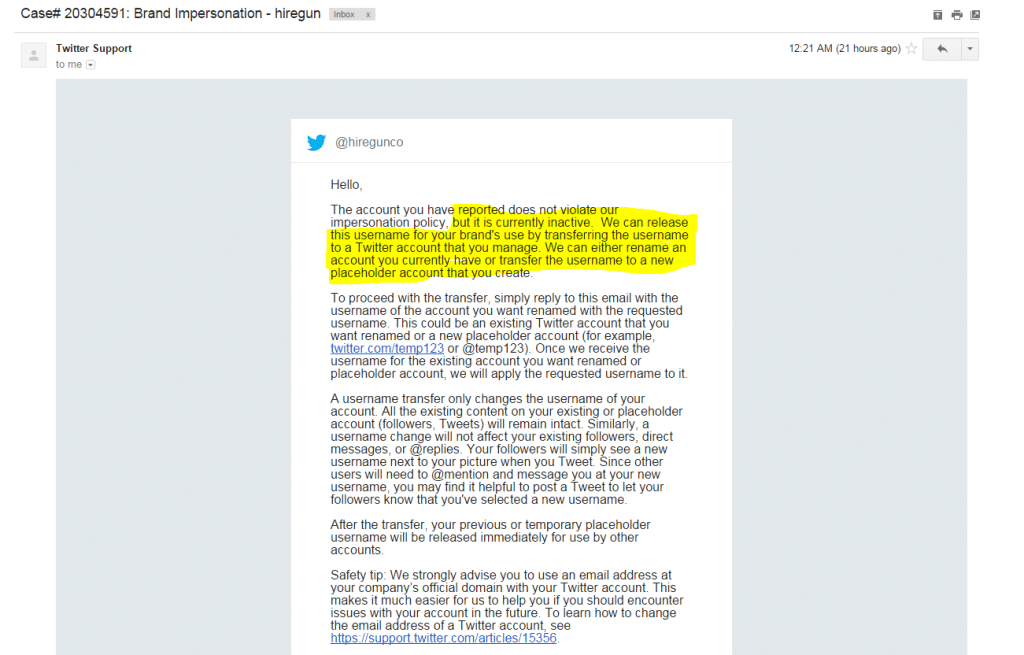 The third was to tell that it was done: 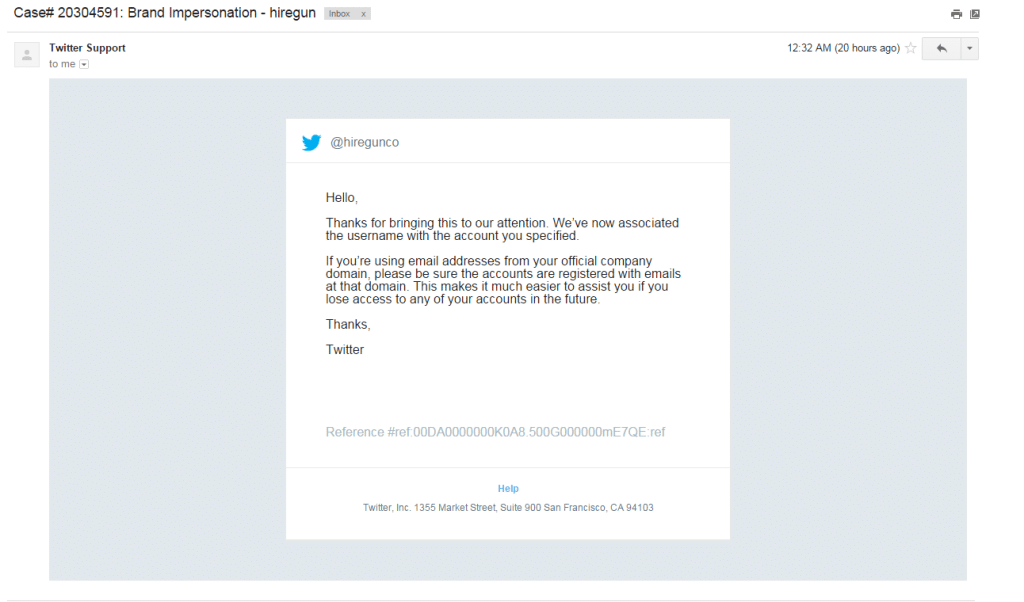 Your mileage may vary, as each case is different, but in my case it worked out!