The term infographic comes from the combination of the words “information” and “graphic.”

Simply put, infographics are graphics that explain information in a visual way that gives an easy-to-understand high level view on the topic.

Infographics can be used to illustrate statistics, timelines, processes, and virtually any other kind other data. When designed well, they convey large amounts of information in a way that’s interesting, engaging, and easy to understand.

While infographics have served many purposes over the years, they’re now often created as part of digital marketing strategies with the goal of being shared on social media and earning links to a company’s website.

If you’re unfamiliar with infographics, this one on pet ownership and shelter statistics from That Pet Place is an excellent example: 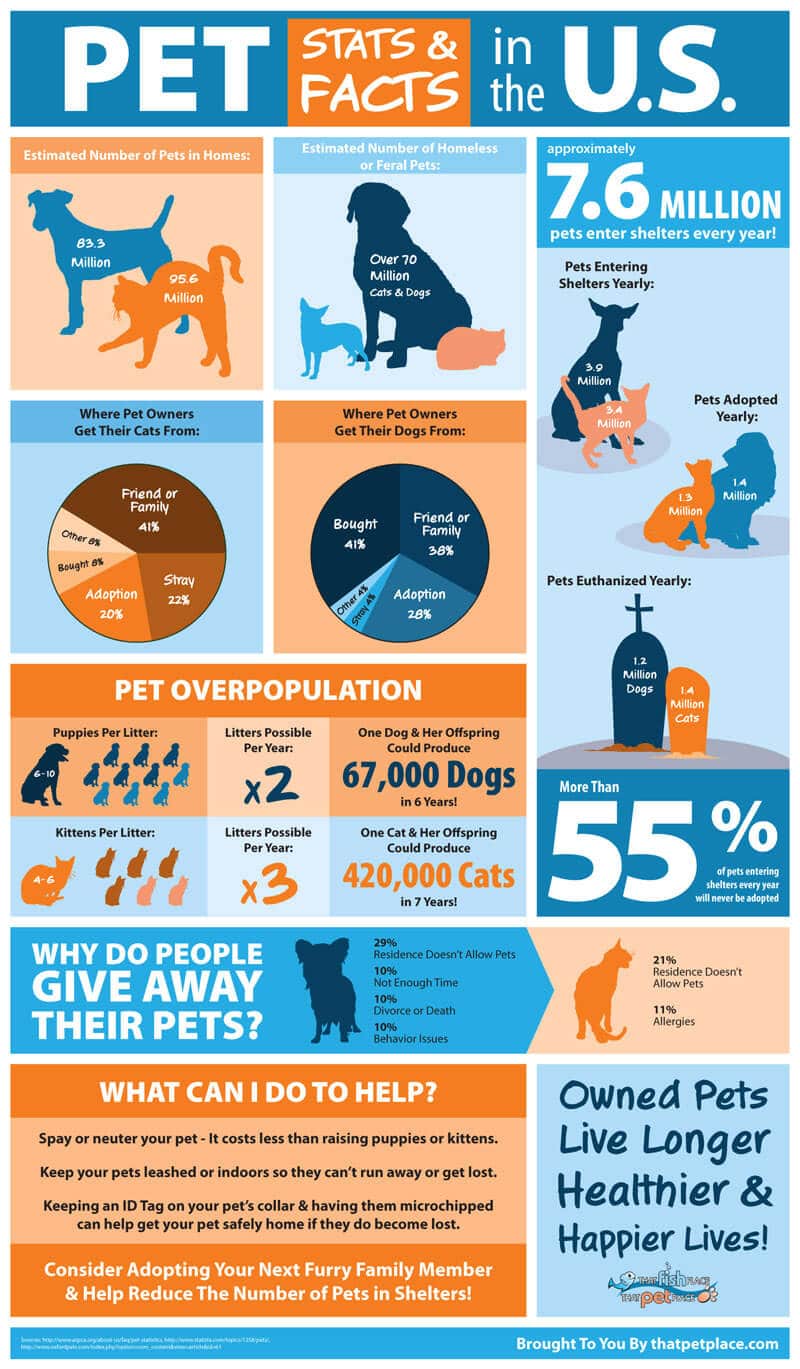 This graphic shows dozens of statistics, but in a way that’s far more interesting than a list of facts — making it much more likely that the company’s audience will take the time to read them.

Following its publication, researchers and scientists continued to come up with new ways of visually representing data, like pie charts, diagrams, and stylized figures.

Then, in 1975, statistician Edward Tufte developed the first seminar on statistical graphics, teaching what is now referred to as data visualization. In 1982, Tufte published a book called Visual Display, establishing his reputation as a pioneer of informational graphics.

Later, as popular office software like Microsoft Excel and PowerPoint began to incorporate tools for creating graphs and charts, data visualization became an accessible tool for almost anyone with a computer.

This led infographics to become increasingly popular in both academics and business. Today,  more advanced tools make it possible to create professional, visually engaging representations from virtually any type of information.

While there are many infographic examples out there and the opportunities are endless if you or your designer is creative, there are some core types of infographics out there.

Most infographics that do well tend to be timeline or data visualization infographics as they take complex information and distill it into a format that is easy to understand.

A successful and effective infographic takes something complicated and displays it in a new way that communicates the most important information in a new way.

Infographics can be used in many contexts to share data or explain complicated concepts in a visually interesting way.

Today, they’re a popular marketing tool. Many businesses use them to educate their audiences on topics related to their industry that might otherwise be difficult to understand, or not as interesting in a text-based piece of content.

Beyond making complex topics more digestible, this has a few benefits for marketers. Using the example above, you can see that the pet ownership infographic includes That Pet Place’s company logo and website URL.

This way, if a reader likes the graphic and its message, they’ll associate it with the brand. Plus, because infographics are often more engaging than written copy, they’re more likely to be shared on social media — boosting their reach and brand awareness.

Some brands also use infographics as part of their link building strategies, with the goal that other site owners will either re-publish their graphic or cite one of the statistics, and link back to the original page as the source.

One of the most common misconceptions about infographics is that they have to be data-heavy and include as many statistics as possible to work. That’s not the case.

Simpler infographics are often more effective for showing processes and timelines. For example, take a look at this one illustrating Apple’s acquisitions between 1996 and 2017: 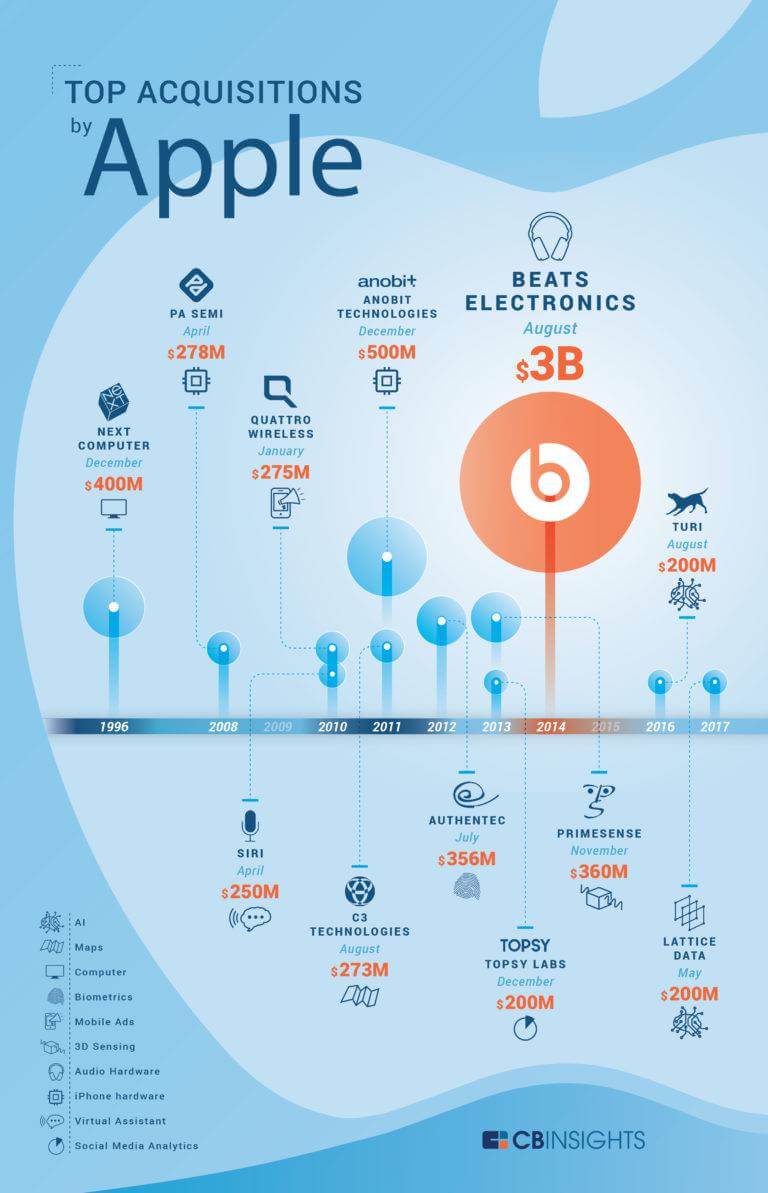 This infographic is effective in making the information it includes easy to understand and process. It also illustrates that it’s not always best to cram as many data points as you can into a single graphic.

Busy infographics can be overwhelming and off-putting for readers. That’s why the best are often those that have a clear focus, a single point, and plenty of white space.

Not sure who to hire for marketing?