Something I find myself thinking about a lot recently is the growth of certain industries and types of businesses.

For example, when we look at the growth of Software As A Service (SaaS) as a topic over the last 15 years we see this:

But when we compare that against e-commerce, we get a very different picture of its actual size:

To bring the example back closer to home, let’s look at how [search engine optimization] as a topic compares:

Woah. Bigger than I expected!

But this leads me to a question:

Why has SEO not seen a $100M revenue per year company just focused on search?

There are some pretty major players in the SEO space, after all.

All these numbers come from Gaps, where Glen talks about how SEO is an $80 billion dollar per year industry. And I should note that in that post, he points out that Yext is doing $170M per year in revenue at very high profit margins. If you consider Yext to be an SEO company, then we’ve already seen the first.

But this also leads me to ask – what will it take to build the next $100M annual revenue SEO company?

Well, I have a few ideas. Four, to be specific.

The next $100M company in the SEO space has to have great design.

I recently received a package from a tool company in the SEO space.

This was a very nice gesture and contained stickers and that sort of thing. And honestly I don’t know that I had heard of the tool before, so it’s a smart branding move and got me to check out their website.

The problem though is that when I went to their website, it looks like it is from 2004 and builds absolutely zero trust with me. There is no way that I will give them my credit card information.

Now that’s an extreme example, but let’s look at another.

Moz started their software company in 2009 (out of an agency) and quickly scaled it to $11.4M per year in revenue in 2011. Since then, they’ve gone to heights of revenue of an expected $57M in revenue in 2018 (according to this article. As far as I can tell they didn’t publish their annual recap this year).

Along the way, Moz has always invested in great design.

Say what you will about their tools and their accuracy/usefulness (Moz is a polarizing force in the SEO world), but they have historically been incredibly well designed (except for that current sidebar): 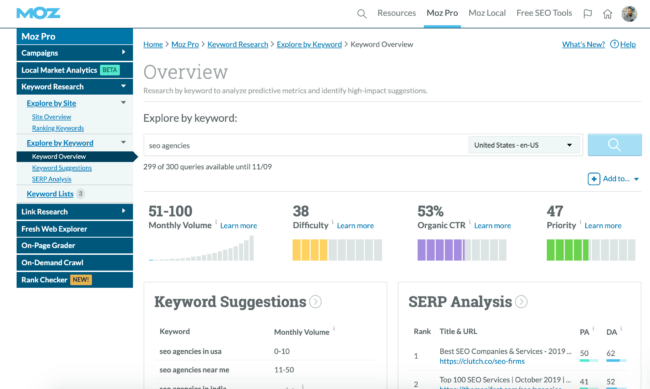 The fact that they’ve been able to grow to $56M per year is incredible, and I believe that design played a big role in this.

Let’s also recognize that Ahrefs has quite good design as well and operates a very lean team with a focused product that turns over $40M/$50M per year:

Also please note that I am not saying that you have to have great design to build a good company (SEMrush’s design is not best-in-class), but I do believe that having it makes life easier (conversions etc) and will be important to the next $100M SEO industry tool.

Say what you will about Moz, but they built a great community around their company and tools, and because of that were able to overcome their many tool shortcomings and technical issues over the years. From Mozcations in foreign countries to their (now sunsetted) YouMoz blog and community QA, they did a fantastic job here for many years.

That said, I believe that the next $100M revenue company in the SEO space won’t necessarily have a community like that, but will have a large community of promoters and brand advocates because of the value the tools provide and a strong connection to the team there.

SEMrush is doing a good job of this in the present day, as good as anyone else in my opinion.

It’s incredibly hard to build a $100M revenue company off small subscriptions, even on the $99/199 per month level.

When you look at the companies doing big revenue in the SEO space these days (even those tangential to it like Yotpo), they’re all focused on enterprise B2B and not SMBs.

Yotpo for example has two plans: free and Premium (which requires a demo). They do say that you can “upgrade as you grow” with the free plan, but it is unclear to me what that means. I do know though that they have a large sales team internally and work with some incredibly big brands. 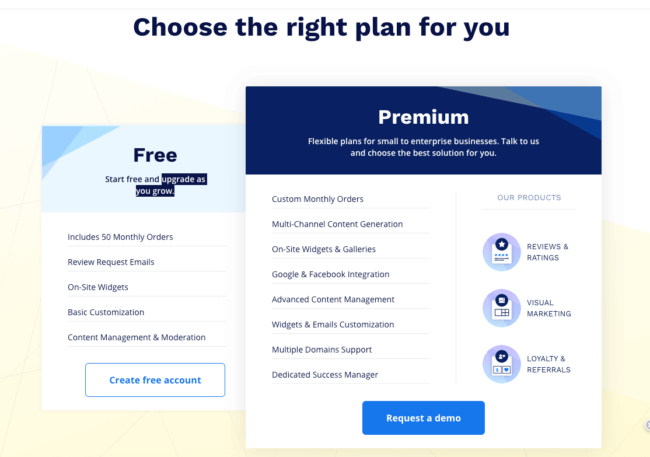 Finally, to drive a technical enterprise B2B SEO solution and product you are going to need a strong sales culture.

The SEO world seems to be split on sales.

On the one side you have the inbound-or-die crowd that thinks of sales as being at best unnecessary and at worst evil. Though, we’ve seen many companies with this line of thinking actually start sales teams in the last few years.

On the other side you have enterprise software companies with sales teams hitting the phones. Even HubSpot, who started the “inbound marketing” movement, has big sales teams selling $400/mo software like their Sales Starter in order to then lead people into their full marketing suite (at thousands per month).

It is my belief that in order to build a $100M annual revenue business, that company will need a strong sales culture to land those big deals that can add seven figures per deal alone to the company’s bottom line.

What did I miss? What is it going to take?

Google Ads vs Facebook Ads – the Differences and Similarities

Posted by John Doherty on June 17, 2021 in Marketing Strategies/Product Comparisons

So, you’re about to launch a marketing campaign, and the time has come. It’s time to choose between Google Ads and Facebook Ads. You want…

CPC vs CPM vs CPL – What’s the difference?

Posted by John Doherty on June 14, 2021 in Growth/Marketing Strategies

Posted by John Doherty on June 10, 2021 in Marketing Strategies

Hi, John here. After you read this post I highly recommend that you read my diatribe on doing better backlink outreach. In many ways, links…